History of Accounting in the World and Indonesia

Before calculating your accounting history, you must first know the importance of accounting. Accounting has become a discipline that is very important for teaching. Because the scientific concepts are very good, especially those related to financial arrangements. It is undeniable that this dynamic is the most important in the joints of life.

The simple logic is what the world would be like if there was no money. Even though the purpose of life is not alone – currency for money. Especially at this time when the barter system is no longer in demand because everything can be measured in money.

Due to this situation, it is necessary to maintain and preserve financial order. It means that accounting science also needs to teach everyone. Both for students and the public and business owners who do have a direct preference for the financial management system.

History of Accounting in the World

Inventor of the First Accounting Theory in the World

According to history, the science of accounting first appeared in 1494. At that time there was a mathematician named Luca Paciolo who managed to record financial records using a paired model.

The book, which was printed by mathematicians and religious leaders, is given the name or the title Summa De Arithmetica Proportioni et Proportionita. The content of the book is a method of learning how to prioritize finance that was made specifically for entrepreneurs at that time.

The emergence of a double bookkeeping system

At the beginning of the emergence of accounting, it was still not given that name, but it was called the PairBooking System. The beginning emergence of this system was first discovered in Western Europe. Because that’s where the inventor first shared it as learning to business people.

The Development of the Bookkeeping System in pairs

Apart from the United States, the Netherlands also adopted the science of bookkeeping in pairs. This country calls it the Continental System of Bookkeeping. Of course, the simple question is, why is the bookkeeping system the same but has different names?

In fact, the double bookkeeping system that has spread in western Europe has experienced very significant development. Especially in the Middle Ages, at which time there was a movement of trade progress from Venice, Italy to western Europe. Even Britain had become the center of trade during this industrial revolution.

Due to the exodus of traders who were accustomed to keeping records, bookkeeping began to develop an accounting system circulating in England at that time, namely the pair bookkeeping system, whose English name has been described above. Because of this development, new versions with different names emerged.

These versions actually began to be known as continental in the Netherlands and Anglo Saxon 2 in America. This happened sometime in the 19th century.

The emergence of Accounting Theory (Accounting)

In the 19th century, the United States patented the Anglo Saxon 2 theory into a more comprehensive theory called the accounting theory, and this was considered to be the forerunner of the birth of modern accounting theory.

This theory began to develop rapidly in the early 20th century, at which time, the United States was already familiar with computers, which made accounting application easier. Not only that, but the addition of theory to bookkeeping is also being strengthened.

History of Accounting in Indonesia

The history of accounting in Indonesia is stated to have first appeared in the 1642 century, at which time, traditional society was familiar with financial recording including profit and loss calculations. This ability was brought by traders from abroad who were selling their wares in Indonesia.

Countries that are considered to have introduced the concept of accounting for the first time in Indonesia are the Netherlands, Portugal, and Spain. It is said that these countries got this knowledge from Rome in the previous century.

Accounting Begins to be Applied in Indonesia

Even though people have long been familiar with the financial recording system, because they learned a lot from traders, this science was actually applied in 1642. Even from the historical evidence found, it turns out that accounting was first used in Indonesia in 1747.

However, this theory is still only partially implemented. In fact, it is considered that the accounting theory used is not too complete and clear. It was only in 1870 that accounting began to be carried out more seriously after the abolition of the PP Tanam Forced.

When this regulation was abolished, many foreign investors, especially the Dutch, invested in Indonesia. Therefore, for the sake of financial order, accounting theory began to be used in Indonesia.

Development of Accounting in Indonesia

Since then, accounting theory has begun to develop in Indonesia. Even in 1952, the college started teaching it to students. At that time, there was still one supporting the university, namely the University of Indonesia.

On October 17, 1957, the Indonesian Accountants Association or IAI was officially established at the University of Indonesia hall to accommodate and guide the development of accounting and enhance the quality of accountant education.

It has been explained above, that the development of accounting science in Indonesia has been growing rapidly. In fact, several campuses have started teaching it at this time and are spearheaded by the University of Indonesia (UI). The question is when was the first accountant title assigned to personal?

Historically, this title was first put into regulation on December 23, 1957. This was contained in Law number 34 of 1954. Which of these regulations serves to regulate the granting of the title of an accountant to accounting scholars and other similar experts.

It should be noted that at that time, it was not the government that lowered the regulation, but the Indonesian Accountants Association or IAI. It is this organization that in subsequent developments has succeeded in keeping all accounting rules in Indonesia carried out and maintained by scientific entities.

That is a brief explanation of how the history of accounting both in the world and in Indonesia. Hopefully, it can be an additional knowledge for you, so that you are more interested in learning it.

Moreover, this knowledge should not only be understood by experts and business people. But the whole society must still know at least the basics. 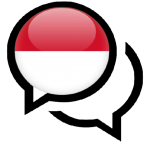